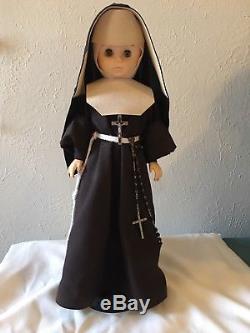 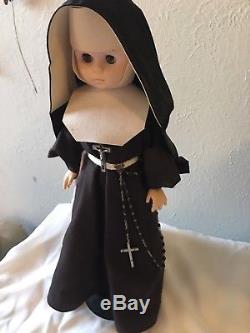 This is a Genuine Nun Doll, an earlier version of Blessings. She is a Franciscan Sister of Chicago, OR Franciscan Sister of Blessed Kunegunda. Named after a Polish noblewoman Kunegunda. Nuns were started In Chicago in 1894 Rope cord tied around waist had three knots. It is frequently called a vow cord, the three knots symbolizing the vows of poverty, chastity, and obedience.

This item is in the category "Dolls & Bears\Dolls\By Material\Porcelain\Contemporary (1980-Now)\Other Contemp. The seller is "burton2424" and is located in Weir, Kansas. This item can be shipped to United States.