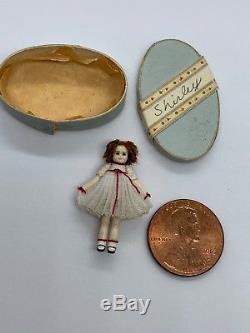 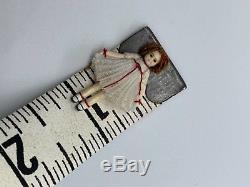 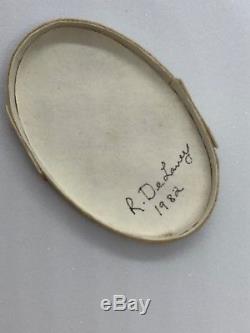 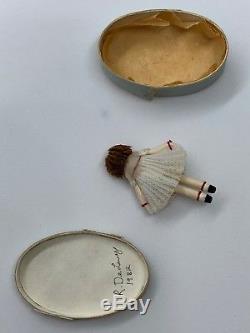 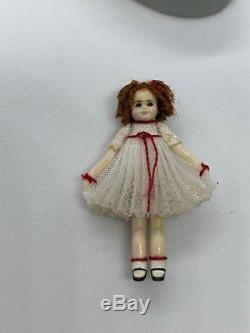 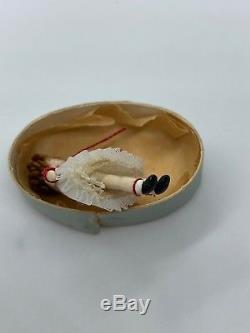 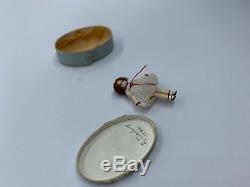 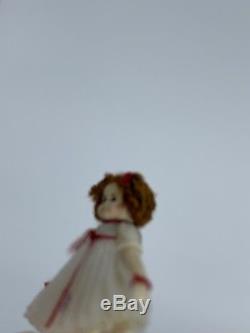 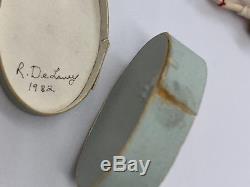 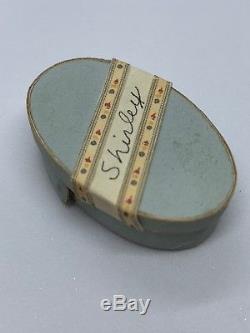 Who hasnt heard about Shirley Temple.. Shirley Temple Black[note 1] (April 23, 1928 February 10, 2014) was an American actress, singer, dancer, businesswoman, and diplomat who was Hollywood's number one box-office draw as a child actress from 1935 to 1938. As an adult, she was named United States ambassador to Ghana and to Czechoslovakia, and also served as Chief of Protocol of the United States.

I can see why many artist have created dolls resembling this awesome character, but in my humble opinion no one like Renee DeLaney which was the one who made this incredible tiny Shirley in 1982, her dolls are considered collecting items, me as a collector of many years enjoy her very much , but as we true collectors. We dont know when to stop, it is time for me to find a soul that appreciates her, and cherish her. She has been display in a glass dome , her tiny cord kind of lifts, and the box has an opening, I do not like to mess with items so fragile, And hard to find. Those tiny details doesnt bother me at all, I understand the pass of time.